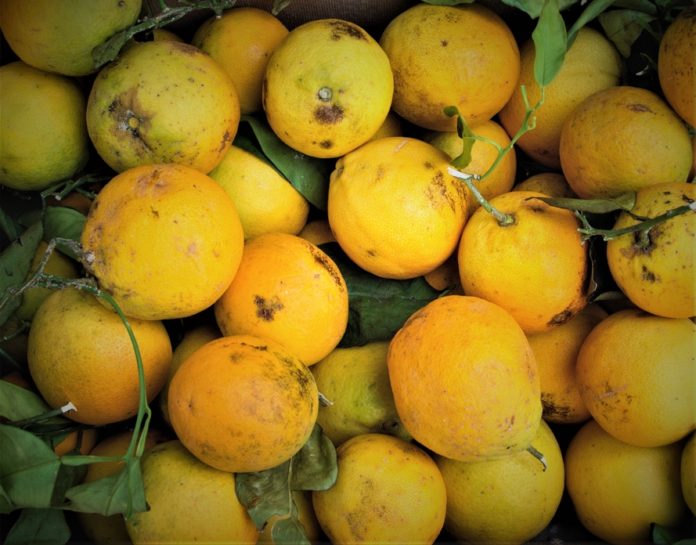 What is Bitter Orange?

Bitter orange (Citrus aurantium)—also known as the Seville Orange, sour orange, or marmalade orange—is native to eastern Africa, but it is also found in many other tropical regions of the world. The immature fruit, peel, leaves, flowers, seeds, and essential oil are used for production of bitter orange products. The dried outer peel of the fruit of bitter orange (with the white pulp layer removed) and the leaves are used in traditional medicine. Bitter orange extract is produced from the immature fruits.

Bitter orange extract and its primary compound, p-synephrine, are widely used in weight management products, thermogenic products (raises the body’s temperature to boost metabolic burn), and as a stamina-booster in sports performance products. It is well known as chih-shi or zhi shi in traditional Chinese medicine. It may also show promise as a mild appetite suppressant. [1] [2]

Traditional Chinese medicine used bitter orange to treat nausea, indigestion, and constipation. Bitter orange fruit and peel are also exploited in herbal medicine as a stimulant and appetite suppressant, and are famous for the claim that they replace the banned stimulant ephedra without ephedra’s dangerous side effects. Because of this, Citrus aurantium is a widespread weight-loss ingredient used in several varieties of “ephedra-free” diet capsules and herbal weight-loss products. [3]

In Which Food(s) Can We Find Bitter Orange?

Bitter orange is found as a beverage and a dietary supplement on the market. Bitter orange peel extract is classified as a biological product and is employed as a miscellaneous skin-conditioning agent as well as a fragrance ingredient. The outermost layer of peel is used for its astringent quality, as well as the fact that it helps to prevent skin fragility and perks up skin tone.

Bitter orange contains p-synephrine, which is a stimulant comparable to caffeine and ephedrine. It claims to enhance metabolism, enhance energy expenditure, and suppress appetite, and it has been marketed as an ephedra substitute. The prohibition of ephedra has given manufacturers the opportunity to sell bitter orange as a stimulant in fat burners. Several studies have reported that bitter orange helped in weight loss and increased thermogenesis. [3] [5]

In Mexico and South America bitter orange leaf is used as a laxative, a tonic, as a sedative for insomnia, and to calm exhausted nerves. The skin of the fruit is exploited for stomach aches and high blood pressure. In Europe, Basque folks use the leaves for stomach aches, insomnia, and palpitations, and the peel as an anti-spasmodic. [3]

Some human studies have been done on bitter orange extract (p-synephrine), with possible promise in the following areas.

Another study showed an increase in energy expenditure after the consumption of a supplement containing p-synephrine. The supplement in this study contained 13 mg of p-synephrine (as Advantra Z®), 176 mg caffeine (as guarana), and 55.5 mg of a green tea extract per capsule. [7]

In a third study, after the intake of a coffee containing C. aurantium extract, Garcinia cambogia and chromium (JavaFitTM) during a three-hour period of time, the systolic blood pressure of subjects increased. The coffee contained 450 mg of caffeine, 600 mg hydroxycitric acid, 225 mcg chromium polynicotinate and 21.6 mg of p-synephrine. [8]

Overweight people presented an increase of carbohydrate oxidation and the plasma levels of fatty acids during treadmill walking after an intake of Xenadrine EFX®. This product has bitter orange, guarana and green tea extracts. [9]

Dr. John L. Zenk, MD, and Dr. Michael A. Kuskowski, PhD of the University of Minnesota  studied the effect of a weight management supplement (Lean Source™) on body composition of overweight men and women. The supplement contained extracts of guarana, bitter orange, green tea, 7-oxo-dehydroandrostenedione (DHEA), conjugated linoleic acid and chromium picolinate. The daily intake of bitter orange extract was 200 mg but the p-synephrine content was not evaluated. At the end of the eight-week study, the people who consumed the supplement lost around 2.9 kg body weight, while those who did not consume lost 1.5 kg body weight. [10]

It is recommended drinking about three cups of bitter orange juice daily. As a mixture, 2 to 3 ml is usually recommended, also to be taken three times a day. [3]

To be safe, bitter orange extract should not be combined with prescription medicines, unless under the direct order of a physician. Synephrine and octopamine in bitter orange may cause hypertension (high blood pressure) and heart rhythm disturbances, which can lead to heart attack, stroke, and even death. [3]

In Western medicine, bitter orange has been used to cure digestive and circulatory problems. It is broadly used for stimulating the breakdown of cholesterol by producing the release of nor-adrenaline (a stress hormone), creating chemical reactions that augment fat breakdown. The above-mentioned properties make bitter orange products good for cellulite treatment. Normally it is mixed with many other herbs such as butchers broom, horsetail, rosemary leaf, Centella asiatica, black pepper seed extracts, etc.

Is Bitter Orange Ever Bad for You?

Bitter orange is safe for most healthy adults in small doses.  But because of the p-synephrine in it, those with hypertension (high blood pressure), tachycardia (resting heart rate over 100), or narrow-angle glaucoma should avoid it. [11]

However, go above those small doses, and there are potential side effects—some pretty severe. Bitter orange extract and/or p-synephrine were implicated in some clinical cases of adverse effects.

These cases involved stroke, colon inflammation, spasms in the blood vessels and heart, angina, blood clots, exercise-induced rhabdomyolysis—rapid destruction of the skeletal muscles resulting in leakage of muscle proteins into the urine, which can cause kidney damage—and heart attack. [12]

One case report implied that a dietary product containing bitter orange may have caused abnormally slow heart action and low blood pressure, while exacerbating weight loss, in an individual with anorexia nervosa—though no evidence was given that a side effect had actually occurred.  [1]

Though in each case the supplements ingested were multi-ingredient, reference was specifically made to C. aurantium, bitter orange or p-synephrine as the most likely relevant cause. Nevertheless, a large range of confounding factors also existed among the subjects of the published cases, including: high triglycerides, pre-existing heart disease, heart murmur, obesity, physical inactivity, a history of smoking, acid reflux disease, sickle cell trait, dehydration, high caffeine intake, pneumonia and high alcohol consumption. [1]

Another aspect to be considered is that many Citrus aurantium juices contain up to 25-40 mg p-synephrine per quarter liter, which are broadly consumed without any adverse events. No reports have shown a direct association between bitter orange extract and the adverse events. [1]

Bitter orange oil may cause light sensitivity, particularly in fair-skinned people. In general, this happens only if the oil is applied directly to the skin and then exposed to bright light; in a few cases it has happened in people who were taking bitter orange internally. The oil should not be used topically, and those who use it internally should avoid bright light, including tanning booths. [3]

The research into the benefits of bitter orange is still in the early stages and ongoing. In small doses it is considered safe for most healthy adults, but some severe adverse effects have been reported as a result of the p-synephrine in bitter orange (it can also be synthetic) and not necessarily bitter orange itself.

Every supplement affects every individual differently. Gender, age, sometimes race, pre-existing medical conditions, and individual body chemistry—as unique as a fingerprint—can affect how a supplement works on you. That’s why supplements always add that “individual results may vary” disclaimer, and it’s why reviews for a drug or supplement can be all over the spectrum. Only you and your doctor can figure out how it works for you, so always be forthcoming and transparent with your doctor about side effects you experience, as well as if the substance doesn’t seem to be doing anything for you.

Everything You Need To Know About Goat Milk

Why To Swap Refined Sugar for Honey and Maple Syrup?