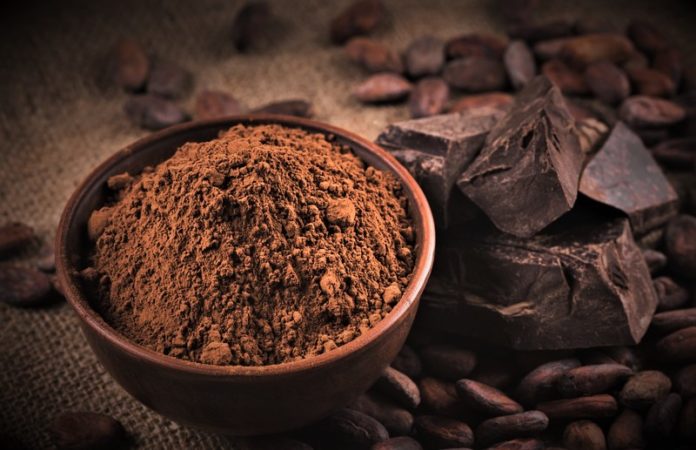 Chocolate is one of the most loved and cherished food items in the world today, and for good reason! Its smooth, creamy, sweet, and somewhat bitter taste appeals to many different palates all around the world. While there are some folks who do not love chocolate, they are more than likely outnumbered. There have been many studies done on why chocolate is actually healthy for your heart (more on that later) and why it has benefits for your health in small amounts! When it was first discovered back in 1900 BC, the boom it would later create was simply unimaginable to those creating the first chocolate drink known to man.

Have you ever wondered about the process that turns cacao beans into chocolate? The cocoa beans grow in pods on a tree and, once they develop, it takes around five to six months for them to mature. The pods are then harvested from the tree and each pod is split open to extract the cocoa beans from it. Each basket for collecting cocoa beans is lined with banana leaves and then filled with beans, where the beans (still covered in their fruit pulp) will ferment for anywhere from two to eight days. Fermenting helps remove some of the bitterness from the beans and lets some of the fruity taste from the pulp migrate into the beans. They are placed in the sun to dry and the pulp is removed, and then they are shipped to the chocolate companies for further processing [4].

The consumption of chocolate dates back 4,000 years, but it wasn’t always used as a treat. It was originally used as a bitter drink back in 1900 BC that the Mesoamericans used to enjoy. The Mesoamericans first discovered the cacao bean in the rain forests in Central America and cultivated them in present-day Mexico. According to the History Channel, “They fermented, roasted and ground the cacao beans into a paste that they mixed with water, vanilla, honey, chili peppers and other spices to brew a frothy chocolate drink.” [5]

This delicious drink later translated to other cultures such as the Aztec, Olmec, and Mayan cultures when they found pleasure in drinking it. The chocolate drink would bring energy, boost their moods, as well as serve as an aphrodisiac. In the Mayan culture they found the cacao bean so powerful that they worshipped a cacao god and reserved consumption to rulers, warriors and sacred priests.

The Spanish conquistadors of the 1500s returned with cocoa instead of gold and silver. They sweetened the drink with cane sugar instead of honey, and the drink was still reserved for the wealthy and powerful. “Spain managed to keep chocolate a savory secret for nearly a century, but when the daughter of Spanish King Philip III wed French King Louis XIII in 1615, she brought her love of chocolate with her to France. The popularity of chocolate quickly spread to other European courts, and aristocrats consumed it as a magic elixir with salubrious benefits.” [5]

The invention of the cocoa press in 1828 helped make production cheaper, and the rest is history. Chocolate transformed from a drink into a chocolate candy bar in the late 1800s, and the boom started. Many brand names we all love and know like Lindt, Hershey’s, Cadbury, and Mars all picked up steam in the 1800s and 1900s. These are all family-owned business operations that grew in popularity as chocolate become more appealing and affordable for the masses. Today more than 75 billion dollars are spent on chocolate sales alone, which means the world can’t get enough chocolate!

There are many more nutritional benefits in dark chocolate than in milk chocolate. According to Live Strong, “Typically, 1 ounce contains about 12 grams of total fat, 7 grams of saturated fat and 24 grams of sugar, according to the USDA. Because it’s such a rich source of calories, fat and sugar, you should eat chocolate in moderation, particularly if you’re trying to lose or maintain your weight or have diabetes.” [6] That goes for both dark and milk chocolate.

Aside from the different vitamins and minerals dark chocolate bestows, such as iron, magnesium, zinc, copper, and potassium, it also contains antioxidants like polyphenols. “Antioxidants help prevent damage in your body caused by oxidative stress and harmful free radicals.” [6] While consuming a little dark chocolate square every couple of days will help your body reap the benefits, overdoing it will not create more benefits.

We would all love to believe that there is an abundance of nutrients flowing from our milk chocolate Hershey’s bar, but the real benefits lie in the stripped-down cocoa bean. That is not to say there are no nutrients in a chocolate bar, but the importance lies in the percentage of cocoa content. Dark chocolate contains a higher level of cocoa than milk chocolate, so it will be more nutritious. Anything over 70 percent is considered to have more benefits than anything less. Although more bitter, it does give you powerful antioxidants as well as more fiber, magnesium, iron, copper, manganese, potassium, and zinc. [7] Always consume any chocolate in moderation.

There are studies done on dark chocolate which suggest that when consuming it you are lowering your chance of cardiovascular disease long term. See one study where it explains that dark chocolate high in flavonoids have a direct impact on lowering blood pressure. [8] If you thought fighting heart disease was great, how about fighting sun damage to the skin? According to Authority Nutrition, “Studies show that the flavanols from cocoa can improve blood flow to the skin and protect it against sun-induced damage.” [7]

In addition to the nutritional benefits chocolate contains, it also has the ability to help boost your mood. According to Cacao Web, “Phenylethylamine is a slight antidepressant and stimulant similar to the body’s own dopamine and adrenaline.” [9] This ingredient is found in the cacao bean. Cacao beans and chocolate both cause serotonin to be produced, which may naturally help those suffering from PMS symptoms.

Chocolate is best used for our enjoyment of course, but do be mindful that when a dog or cat tries to enjoy this sweet treat with you it could turn fatal. The ingredient found in chocolate called theobromine is an alkaloid that is a mild stimulant and diuretic that can be toxic to animals and (in severe cases) cause them seizures and heart damage. [9] So while your pet can’t enjoy the many uses of chocolate, you are free to do so!

Chocolate can be added to a variety of sweet and savory dishes that both young and old alike can enjoy. Hot chocolate is still well-loved. Many baked goods can have chocolate added, whether as cocoa powder that distributes its flavor throughout, or as chocolate chips that provide delicious melting morsels. Mexican mole sauce (said mo-lay) is a savory sauce that incorporates cocoa and is commonly used on chicken, and there are quite a few other savory recipes for cocoa. Try cocoa-rubbed ribs, chili with cocoa, or even a mole-inspired soup that includes semi-sweet chocolate.

There are many different and unusual uses for chocolate that you might not have ever heard of before! Did you know there are hotel rooms with chocolate themes for you to enjoy? Whether it be the endless supply of chocolate candy, to the actual chocolate-themed room you will sleep in, they do exist. Check this hotel out. Or what about the fact that chocolate served as an actual currency back in the time of the Mayan and Aztec reign? Maybe make a natural chocolate lip balm. The possibilities are endless when it comes to chocolate creativity. [10]

This type of chocolate has the highest content of cacao, which can make it taste a little more bitter. There is no milk content, so soy lecithin is often used to help the texture along. Good dark chocolate will have cocoa beans, cocoa butter, and sugar. [12]

An interesting fact about white chocolate is that it technically isn’t chocolate at all! It doesn’t contain cocoa powder, but it must contain at least 20 percent cocoa butter (the chocolate fat) – watch out for “chips” or “morsels” that usually don’t have the full amount. Good white chocolate also has sugar, milk solids, and milkfat. [13]

Now that you know all about chocolate and how it is made, you can enjoy milk, dark, or even white chocolate more than ever! The cocoa growing and harvesting process is quite extraordinary. Next time you are in the grocery store and about to choose your chocolate, think of the processes it went through just to sit on the shelf. The Mesoamericans had no idea of the revolution they discovered back in 1900 BC, but I am sure glad they did so we can all reap the benefits in more ways than one!

Everything You Need To Know About Cherries