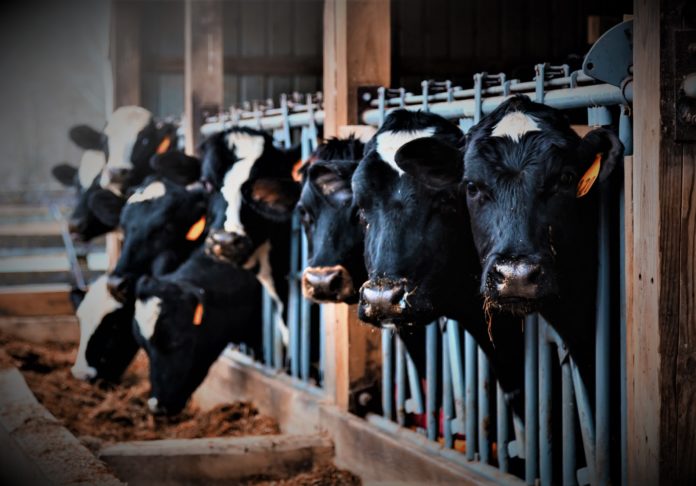 With all of the options available in the dairy aisle today, cow’s milk still remains one of the most prevalent items in the refrigerator. This is not to say that the other types of milk are not worth buying, but there is always something to be said for cow’s milk and its benefits. In many countries, cow’s milk is the most common, and for good reason (though goat’s milk is ahead, worldwide)! It is believed to have been consumed since around 10,000 BC and has been used for thousands of years to provide good nutrition to keep bodies strong and healthy. While there are controversial topics out there about there being ill effects of dairy in the body, there are also many supported facts that prove that milk in moderation is indeed good for the body.

The next time you drink that glass of milk or have your daily bowl of cereal, think about these fun facts regarding cow’s milk! All but the last of these facts come from Farm Flavor. [1]

Milk has been popular for a very long time. Some people think that during the agricultural revolution around 10,000 BC people went from being nomadic to settling down in communities; they switched from hunting and gathering to cultivating and agriculture to take care of their daily needs. They think that people started to domesticate animals around this time and harvest milk for themselves. Cow’s milk was not always for “everyone” because in Ancient Egypt milk and dairy products were reserved for the wealthy and royal families. [2]

In the 5th century AD, Europe was milking, and they were later known for their wonderful milks and cheeses made from cow, goat, and sheep milk. As time went on, milk was often cleaner than water, but it was not always clean. When cows were crowded into cities, conditions were unclean and the milk often harbored bacteria which could make people fall ill. It also did not stay fresh very long, which was a problem for those wanting to drink fresh sweet milk. At warm temperatures, milk would soon sour and begin to curdle, which was perfectly edible and the beginning of cheese, but not the same as “fresh” milk.

In 1862, the start of a milk breakthrough occurred, and it ended up changing the course of milk’s distribution history. A French microbiologist by the name of Louis Pasteur was the first person to test and invent what we now know as “pasteurization.” His idea of pasteurization made it possible to distribute milk much beyond the farm fences before it soured. Commercial-grade machines came onto the scene in 1895, and they changed the course of milk distribution forever. This process is now used not only on milk, but also items like juice, canned foods, and milk intended for yogurt and cheese.

Milk has also gone through phases where it was said to be good only for small children; in such times, it has even been considered bad for adults. However, milk can be enjoyed by folks of all ages again.

This topic is a sensitive one for many people, and there are a lot of claims on the web that dairy products are harmful to your health. Science has shown that dairy products are fine for your health when consumed in moderation. Most people already know that one of the largest benefits from drinking milk is bone health. Milk contains calcium, which is vital to keep your bones strong.

Milk is loaded with protein, calcium, vitamin A and vitamin D. Other vitamins and minerals present in milk are: Casein, vitamin B12, riboflavin, and phosphorus. Because there are different variations of cow’s milk (whole, 2 percent, 1 percent, and skim) there are different nutritional benefits to each variation. The more rich the milk, the more calories, vitamins, and minerals it has. It does not seem watered down like skim milk does, but it is also more fattening! Take a look below at the nutritional facts for each type of milk offered to us today, as compiled on Live Strong by Aglaee Jacob. [3]

Drinking a glass of milk has many benefits to your health (as long as you are not chugging a gallon’s worth)! Because milk is loaded with calcium, it is good for people of all ages. Whether you are a child looking to strengthen your bones for the future or an elderly person wanting to keep away osteoporosis, milk is a great solution! [4] Milk helps enrich your bone mineral density levels.

Believe it or not, the calcium, magnesium, and potassium in milk have been found to reduce blood pressure levels. Another important factor in milk that helps lower blood pressure is casein, which is the main form of protein found in cow’s milk. On the topic of protein, milk contains healthy amounts of protein in each glass, which will help you feel fuller after a meal.

This is a loaded section, because milk is used in so many ways! For starters, milk is used to make a variety of yogurts and cheeses that many people love and enjoy daily. Without milk, we would not have the flavor that these foods bring to the world. Yogurt can be used in smoothies, and it can be used to make Greek sauce which pairs well with chicken. And let’s not forget butter, which adds great flavor to so many things!

Milk itself is incorporated into many different foods. Besides having it on your cereal, it is an important ingredient in many baked goods, such as pancakes, muffins, and breads. Milk also imparts creaminess to soups and sauces. Whether you are drinking it straight, enjoying a cup of yogurt, or incorporating it into your daily recipes, you will be reaping the benefits that milk provides.

Why You Should Swap White for Sweet Potatoes!