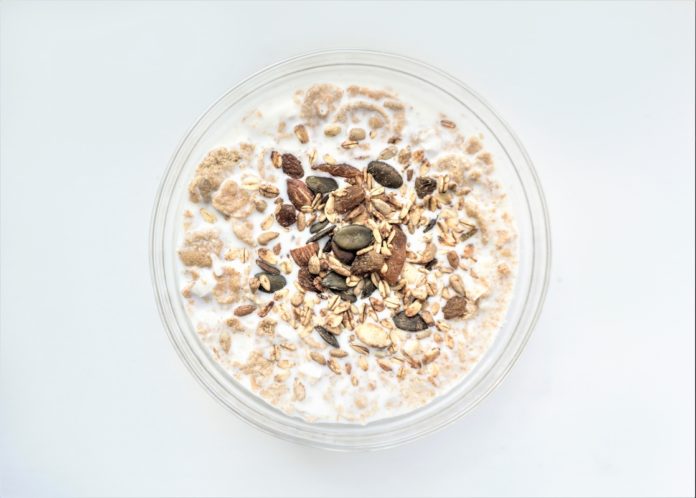 Consuming oatmeal is a refreshing, healthy, and fulfilling way to get nutrients throughout your busy day, and this delicious food dates back thousands of years. It is made primarily of hulled oat grains, and you can purchase it in a variety of styles. This simple food has been proven to be healthy for your heart and your immune system, so oatmeal is a good bet for success when you are deciding on breakfast. While oats were seen as mere weeds in the beginning, they have blossomed into a kitchen staple in various parts of the world. Aside from regular oatmeal “porridge” there are a variety of ways to enjoy oats whether it is in a bathtub cleansing your skin or in a bite of a delicious oatmeal cookie hot out of the oven.

Oats have been around for thousands of years, and date all of the way back to 7,000 BC. The oldest oats have been traced to around 2,000 B.C. in Egypt, but they were not used for food purposes. They were seen as weeds and nothing more. It wasn’t until much later that they were actually cultivated and used to feed both animals and humans. Even to this day, oats are used to feed more animals than humans since they are cheap and easy to grow.

Oatmeal dates back to before the 16th century and was very prevalent in Ireland and Scotland. According to Tom Harte, “Thanks to the Romans, oat cultivation found its way to Britain where the climate, especially in Scotland is well suited to growing the grain. Oats can thrive in a moist, cool climate, like that of Scotland, where wheat and barley cannot. Thus, it didn’t take long for oats to become a staple crop.” [4] When potatoes were introduced to Ireland in the late 16th century, the use of oatmeal porridge declined until the 20th century when it became increasingly popular once again. [5]

Throughout England, Ireland, Wales, and Scotland porridge has been a staple breakfast item and will continue to remain so. In Ireland, whiskey used to be mixed into porridge to cure the common cold, and in England there was a dish called plumb pudding that combined beef shin, fruit, wine, and spices for a sweet and savory porridge. To this day, oats are used as a common food item, and they are enjoyed all over the world! [6]

According to Mother Nature Network,

“A half-cup serving of a leading brand of quick oats (cooked with milk) contains the following:

Oatmeal can be rich in other minerals. The same cup of plain, instant oatmeal contains:

Carbohydrates make up 66 percent of oatmeal’s nutritional structure, but that number is split between both fiber and starch. Many health benefits of oat fiber come from beta-glucan, which will be discussed later; briefly, it can greatly improve your gut health and cholesterol levels. Other vitamins and minerals present in oatmeal are manganese, phosphorus, copper, vitamin B1, iron, selenium, magnesium, and zinc. [8].

One of the most well-known health benefits about oatmeal is its power to reduce your cholesterol levels. Heart disease is one of the largest killers of both men and women worldwide, so this benefit should not go unnoticed. Numerous studies have been done regarding oatmeal’s effectiveness to reduce cholesterol levels with beta-glucan. Out of 20 people, in one study, results showed that LDL levels had significantly decreased. “The main component of the soluble fibre of oats, beta-glucan, significantly reduced the total and LDL cholesterol levels of hypercholesterolemic adults without changing HDL cholesterol.” [9].

On top of oatmeal being great for your heart, it also can help with weight management. Type 2 diabetes has been closely related to obesity, especially in the United States, and the number of people being diagnosed with it is rising daily. Oatmeal has the power to level out blood-sugar levels, which, in turn, decreases the need for a spike in insulin. In addition, the fiber helps keep you feeling full for longer, which can offset unnecessary snacking.

Finally, it is safe for celiacs to consume, as oats do not contain gluten. According to Authority Nutrition, “Oats do not contain gluten, but they contain a similar type of protein, called avenin. Clinical studies have shown that moderate or even large amounts of pure oats can be tolerated by most celiac disease patients.” [9].

There are a variety of different oats to choose from, and they all offer a different set of benefits depending on the type you choose. Some are better for oatmeal recipes, and others are better for spa purposes!

“Oat groats are what live inside the hull of the oat grain. Cooking oat groats is similar to rice but will run over an hour for the total cook time.”1/4 cup uncooked oat groats = 180 calories, 5 grams fiber, 7 grams protein.” [10]

“Steel-cut oats are simply the oat groat chopped into pieces. The cooked texture is quite chewy but also has a nice creaminess to it. Steel cut oats take about 15-20 minutes to cook on the stove top.1/4 cup uncooked steel cut oats = 170 calories, 5 grams fiber, 7 grams protein.” This type of oat can make an overnight oatmeal that is delicious.

“Quick rolled oats are the most processed form of the oat grain, but they still hold a lot of nutritional value. 1/2 cup uncooked oat bran = 170 calories, 4 grams fiber, 6 grams protein.” Because they are more finely chopped, they take less time to cook through.

The uses for oatmeal go far beyond a simple porridge, so there is a lot of room for creativity in the bathtub and in the kitchen! As you can see above, there are an abundance of oat varieties to choose from, which makes this simple food so versatile for so many recipes. One of the favorite oatmeal recipes out there today is oatmeal raisin cookie. Not a fan of raisins? Simply substitute chocolate chips for a delectable treat!

Everything You Need to Know About Green Tea

Everything You Need to Know About Rhubarb