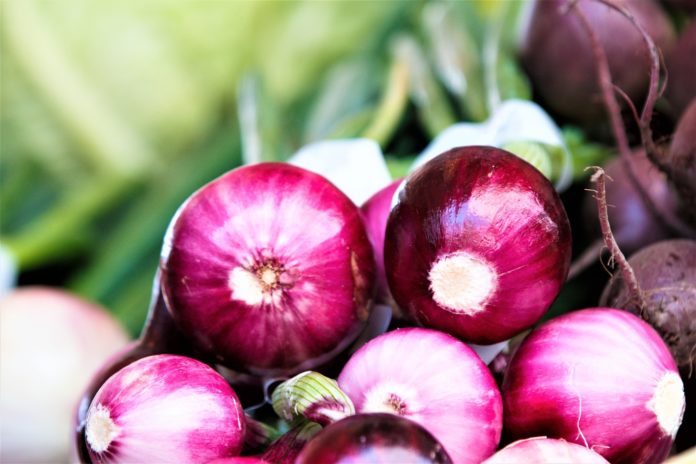 Onions truly are one of the healthiest vegetables on the planet, and should absolutely be a regular part of your diet. They are grown as bulbs underground and are scientifically known as Allium cepa, and they offer an impressive list of health benefits. Onions are in the same family as shallots, garlic, chives, leeks, and scallions.

Brief History of the Onion

According to the National Onion Association, the exact origin of the onion is unknown. Many experts believe they were first grown in Asia or the Middle believe the wild onion to have been a staple in prehistoric human’s diet. The oldest historical record of onion cultivation is from China around 5,000 years ago.

Onions have been staples both culinarily and culturally. They even merited mention in the Bible; the Israelites who were part of the exodus missed the onions of Egypt, among other foods. Indian and Greek traditional medicine practices revere the onion for its healing powers.

Fast forward to many years later, the Pilgrims brought onions to North America, although the Native Americans already included wild onions in their diet. Nowadays, China, India, and the United States are the three biggest commercial onion-producing countries. [

One main reason that onions are considered a superfood is because they are quite low in calories and high in nutrients. One cup of sliced onion (more or less 115 grams) offers just 46 calories, and is composed of just under 90% water, 9% carbohydrate and about 1.7% fiber, with very trace amounts of fat and protein (0.1 and 1.3g respectively).

The type of fiber most predominant in onions is one called fructan, which is considered a prebiotic fiber. This means that our good gut bacteria (AKA probiotics) use them for fuel. This important relationship between prebiotics and probiotics helps our gut to produce certain types of short-chain fatty acids that have been found to seriously reduce gut inflammation, among other health benefits. [4]

Before diving into the many health benefits of onion, you should know that many of them come from the micronutrient content of onions, which includes vitamin C, vitamin B6, folate, and potassium, among others. [5] Onions are also rich in unique plant compounds that all offer their own health benefits, such as sulfur compounds and quercetin.

Onions (mainly in the form of extracts and oil) have been shown to offer powerful anti-microbial benefits, and can inhibit the growth of harmful microorganisms such as yeast and bacteria. [6]

Onion has also been well studied for its ability to increase bone health and prevent osteoporosis, which is a common bone condition that most effects post-menopausal women. Studies have shown that onions can decrease bone deterioration due to osteoporosis. [7]

While more research has needed, initial studies suggest that onions could help to prevent the formation of cancers such as colorectal, stomach, and esophageal cancer. [8] Garlic also provides this same benefit, so eating the two together is a wise decision (not to mention the taste combination was meant to be).

High in Antioxidants and Anti-Inflammatory

Along with a myriad of phytonutrients and less-known (but equally powerful) antioxidants, onions are high in vitamin C and manganese, two well-studied antioxidant nutrients. All of onion’s antioxidants work together to fight free radical damage and lessen chronic inflammation.

Animal studies have shown that onion consumption can help to lower blood sugar levels, so could be beneficial in a diet for managing diabetes, or any other metabolic disorder. [9]

Initial studies have found that the sulfur compounds in onions offer anti-clotting benefits, as well as potentially lowering blood triglyceride and cholesterol levels. [10]

This delicious and nutrient-rich vegetable come in many varieties, each with their own special variations on taste and nutrition. The main varieties to know about include red, white, and yellow onions, scallions, spring onions, Vidalia onions, shallots, pearl onions, leeks, green onions, and cippolini onions.

Green onions and scallions are actually the same thing, and are very versatile. They are long and thin and have a very mild taste. They are best used raw.

Spring onions look just like scallions, but are actually just young onions that are harvested far earlier. They also offer a milder taste than mature onions, but are a bit spicier than scallions.

Vidalia onions are what you probably often buy at your local grocery store; they are a big, sweet, and yellow onion variety. They are called Vidalia because they are frequently grown in Vidalia, Georgia and are one of the mildest onion varieties.

Shallots are another allium variety that have a milder taste than red onions, and some find them to have a hint of garlic flavor, as well. They are frequently used in French cuisine, and are good for raw or cooked use.

Cippolini onions are small, flatter, disc-shaped, yellow onions that have a very sweet taste. They are sometimes harder to peel than other onion varieties and are perfect for caramelizing.

There are a surprising number of uses for onion that might be new to you. Consider incorporating onions into your diet (and life) in the following ways:

While it could also repel other humans, it might just be worth it if you find yourself being attacked by bugs and want to avoid the nasty chemicals included in most commercial bug sprays. Simply cut into an onion and rub it on your skin. It really works.

Onion Tea for a Sore Throat

Not only is it soothing and will help with the pain, but it is a natural anti-microbial, so it could help ward off any micro-organisms causing that sore throat. You will actually use onion peels for this tea, so simply bring water to a boil with onion peels, allow to simmer for 5-10 minutes, strain the onion peels and serve. (Due to using the peel, it would be best to use organic onions to avoid pesticide residues.)

If you forgot to use your onion as an insect repellent, you can also use it to soothe bug bites, along with minor burns and skin irritations. Just peel the onion, cut into it, and rub it directly onto your problem spot(s).

Cook with Just About Anything

Well, not everything, but just about. Onions are a delicious addition to eggs, meat dishes, salads, soups, and more. It’s hard to go wrong when cooking with onion.

Onions are generally considered safe when consumed in normal food amounts, but there are a few considerations to keep in mind:

Onion allergy or intolerance is rare, but could include digestive upset. Also, some people experience nausea when eating onions raw; if this is the case for you, simply cook onions before eating them.

You might have heard of the FODMAP diet, and onions are on it. In short, FODMAPs are short chain carbohydrates and sugar alcohols that some people have trouble digesting, and they can cause serious problems like cramping, digestive upset and diarrhea. For example, those with IBS, IBD or Crohn’s Disease will probably be advised to avoid FODMAP foods.

You probably tear up and experience burning when you cut into an onion. When an onion is cut into, it creates small particles of an irritant called propanethial S-oxide (as a defense mechanism against herbivores). Those particles float up and land on our eyes, which causes our eyes to tear up to dilute the irritant. [10] Some ways to avoid that are to have a fan blowing the particles away, or to refrigerate onions before cutting them to slow the effect.

Pets should not eat onion, as it can be deadly. When certain animals (including dogs and cats) eat onion, it can damage their red blood cells, which leads to anemia (specifically, Heinz body anemia). In some cases, this condition can be fatal. In dogs, as little as 0.25 to 0.5 oz. per pound of weight can cause important blood changes; for cats, that number is much lower: 0.08 oz. per pound. [11]

Caramelized onions are one of the most delicious treats (like dessert in vegetable form), and all it takes to make them is a little bit of patience, time, and know-how. Serve them on top of or alongside a meat dish.

Onions make an excellent addition to almost any diet and have been a staple in cultures around the globe for culinary and medicinal reasons alike. Add them to your favorite cooked dishes or salads, or use them to treat irritated skin. The options are endless.

Everything You Need To Know About Potassium