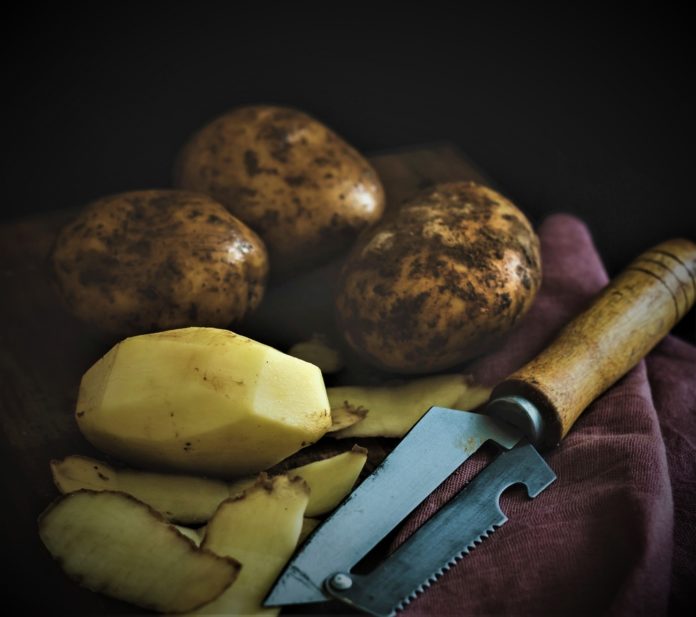 Potatoes are a worldwide-known food item that seems popular in many cultural diets. They grow deep in the ground and provide a mouth-watering starch to meals. There are many different types of potatoes with different nutritional indexes, vitamins, and minerals. “They come from the perennial These important crops are grown in over 149 countries and originated thousands of years ago in South America. Contrary to popular belief, sweet potatoes are not related to the rest of the potato bunch; they are in different families. In the last 40 years, fresh potato consumption has declined in the United States, as desserts and processed potatoes have become more popular, but this is not the case for the rest of the globe.

10 Fun Facts About the Potato

History/Mythology of the Potato

Potatoes have a longstanding history with cultures worldwide, and they have been the staple of many diets for thousands of years. “The Inca Indians in Peru were the first to cultivate potatoes around 8,000 BC to 5,000 B.C.” [1] Later, in 1536, the Spanish Conquistadors were victorious in Peru, and they took potato crops with them into Europe. Northern Spain was the first European country to have potatoes, and then in 1589 Walter Raleigh brought the crop to Ireland. Today in Ireland, potatoes are a major staple food in many dishes.

You would guess that potatoes spread like wildfire around Europe after that, but it took almost four decades for the potato to reach the other countries of Europe. Because they are an easy crop to grow and feed many people while providing basic nutritional needs they were vital to diets all over Europe. Because folks were so reliant on this crop, threats from disease would be catastrophic and that is exactly what happened.

According to Potato Goodness, “In the 1840s a major outbreak of potato blight, a plant disease, swept through Europe, wiping out the potato crop in many countries. The Irish working class lived largely on potatoes and when the blight reached Ireland, their main staple food disappeared. This famine left many poverty-stricken families with no choice but to struggle to survive or emigrate out of Ireland. Over the course of the famine, almost one million people died from starvation or disease. Another one million people left Ireland, mostly for Canada and the United States.” [1]

It wasn’t until 1719 that the first permanent potato patches were put in place in the United States, probably near the city Londonderry in New Hampshire. Idaho, one of the leading potato-producing states, did not receive potato crops until the early 1800s, and it was because missionaries were moving west to educate Native Americans on growing crops instead of always hunting for food. It wasn’t until the late 1800s that potato production in Idaho actually took off.

The Story of the French Fry:

“French Fries were introduced to the U.S. when Thomas Jefferson served them in the White House during his Presidency of 1801-1809. Collinet, chef for French King Louis Phillipe (reign 1830-1848) unintentionally created soufflés (or puffed) potatoes by plunging already fried potatoes into extremely hot oil to reheat them when the King arrived late for dinner one night. To the chef’s surprise and the king’s delight, the potatoes puffed up like little balloons. In 1853 railroad magnate Commodore Cornelius Vanderbilt complained that his potatoes were cut too thick and sent them back to the kitchen at a fashionable resort in Saratoga Springs, NY. To spite his haughty guest, Chef George Crum sliced some potatoes paper thin, fried them in hot oil, salted and served them. To everyone’s surprise, Vanderbilt loved his “Saratoga Crunch Chips,” and potato chips have been popular ever since.” [1]

The first things that come to mind when people think of potatoes in today’s day and age are starch, glycemic index, and carbohydrates. Many people shy away from eating potatoes because they are afraid they are no better for them than white rice and white pasta. According to Precise Nutrition, “One medium potato contains 79% water, 10 vitamins and minerals, 4 grams of fiber, and 4 grams of protein. In fact, you could eat only potatoes and still meet your basic protein needs.” [4] Potatoes contain low levels of phytic acid, which is handy because high phytic acid levels inhibit your body from absorbing nutrients as well as it should. This means your body can make the most of that potato you just ate.

The above nutrition information does not apply to processed potatoes like trans-fat laden, commercially-prepared French fries or potato chips. It is always good to be cautious when consuming processed potatoes because they are very easy to overeat and can be unhealthy. Processed potatoes are known as potato chips, French fries, “potato skins,” and frozen hash browns with breading. It is best to buy organic potatoes (which are not treated with harsh chemicals), as pesticides can cause significant damage to the body long-term, and potatoes are on the Dirty Dozen list.

It takes roughly two to three months for a potato crop to be harvested, which uses roughly 25 liters of water per potato.

GI stands for Glycemic Index, which is feared when people are thinking of consuming potatoes. “Because of the relatively high GI of potatoes, some people avoid them for fear of blood sugar swings and insulin problems.  However, the GI is only valid when a food is eaten by itself.  And most foods eaten with potatoes (meat, vegetables, etc.) lower the GI of the entire meal significantly, making the meal a low glycemic index one and negating these concerns.” [4]

According to World’s Healthiest Foods, they found that potatoes contain Vitamin B6, potassium, copper, vitamin C, phosphorus, fiber, and pantothenic acid. This is a potato with the skin on, of course. “Potatoes also contain a variety of phytonutrients that have antioxidant activity. Among these important health-promoting compounds are carotenoids, flavonoids, and caffeic acid, as well as unique tuber storage proteins, such as patatin, which exhibit activity against free radicals.” [5]

Because sweet potatoes are such a popular health food item I will touch on them briefly, but they are technically not part of the same family. Sweet potatoes come from the Convolvulaceae family, while regular potatoes are nightshades and, like tomatoes, come from the perennial Solanum family. Sweet potatoes contain much more calcium and vitamin A than do regular potatoes, and they are also higher in essential vitamins and minerals such as iron, potassium, and magnesium. They can be eaten plain due to their sweet flavor after cooking, unlike the regular potato which is much more bland in nature.

The uses for potatoes go beyond just consuming them, even though they can be prepared in a variety of ways. They can be a hit at Thanksgiving, or they can be used in your weekly meat and baked potato meal with your family. Some fun uses for potatoes outside of consumption are (but not limited to) making stamps, soothing burns, relieving eye puffiness, getting stains off of your skin, removing rust, soothing a headache, and cleaning glass. [6]

If you are looking for a great new way to enjoy potatoes, try this delicious recipe from 100 Days of Real Food. It is full of healthy fats and dark leafy greens that satisfy your hunger and really increase the nutritional value of your potatoes. You’ll make this again and again!

When looking at the variety of potatoes, there are many different types to look at. The main varieties I will highlight are the top 6 potato varieties grown in the United States today. According to PotatoPro, the top seven potato-producing states in the United States (as a percentage of fall acreage) are Idaho, Maine, Minnesota, North Dakota, Oregon, Washington and Wisconsin. [8]