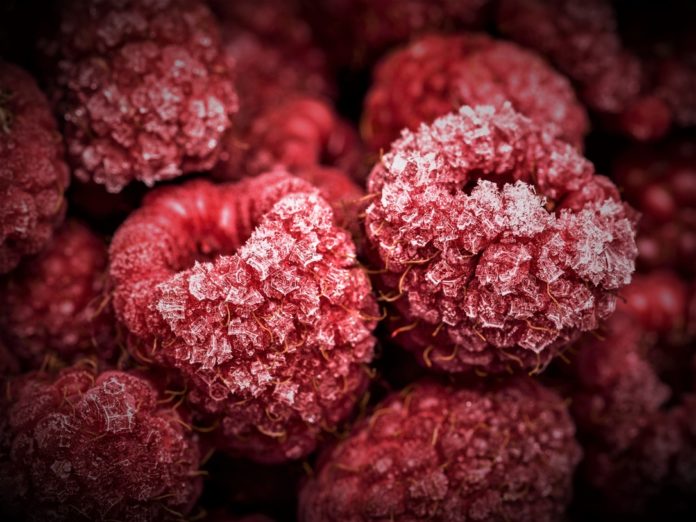 These antioxidant-rich berries are a crowd favorite, due to their sweet flavor and great texture. Raspberries provide a lot of health benefits, and they can be used in a variety of ways ranging from weight loss to fighting cancer. Adults and children alike can enjoy the benefits that raspberries have to offer, while getting a treat in the process. they are an intriguing berry with many benefits to eating them regularly. You will learn more about raspberries than you ever thought possible and find yourself with an urge to go to the store and grab a fresh box once you are done reading!

Like many berries, raspberries are filled with antioxidants, which rid our bodies from free radicals that cause harm to our cells. There are many fun-filled facts about raspberries you might not already be aware of, so enjoy!

The popularity of raspberries started way back in 300 AD, and have been long enjoyed since. There is archeological evidence that the cave dwellers consumed raspberries, however, they were apparently not purposely grown until around the 300s. According to In Depth Info, “In the Hellenistic period raspberries were associated with fertility are found in Greek mythology.” The raspberry bush is native to the country of Turkey, and archeological excavations show that the Romans spread the seed all over the empire in hopes of more of these delicious berries (5). Raspberries come from the family known as Rosaceae, and they are native to Europe, but are grown elsewhere now. Poland, Russia, the United States, Germany, and Chile are some of the primary growers of raspberries.

Raspberry’s botanical name is: Rubus idaeus (3). There are two main types of raspberries, the red and the black, and they originated from different places. There is also a purple variation, which is a cross between the red and black, as well as a mutation that can occur in red raspberries making them yellow. Within these different colors, there are over 200 varieties of raspberries grown today! (4) Aside from “just” eating the delicious berries, the berries’ red stain was used in artwork in the middle ages.

The berries found themselves a home in the Americas in the 1700’s, when European settlers brought the cane with them to grow and cultivate. The canes brought by the Europeans were also crossed with the native black raspberry, which made another type of berry for folks to enjoy. William Price was selling cultivated stock in Virginia by 1771, and the rest was history! In the United States today, Washington state produces the largest volume of berries with 70 million tons per year! (4)

Raspberries’ history is rich with information and much wealth, as this popular fruit served a variety of purposes outside of berry eating. With the medicinal uses of the leaves, raspberries were very important to those who were discovering them in the early days.

I think it is safe to say that we are all aware that raspberries are low in calories and fat. 100 grams of raspberries have just 52 calories, which is quite amazing (3). According to Nutrition and You, “raspberries have significantly high levels of phenolic flavonoid phytochemicals such as anthocyanins, ellagic acid (tannin), quercetin, gallic acid, cyanidin, pelargonidin, catechins, kaempferol and salicylic acid. Scientific studies show that the antioxidant compounds in these berries play a potential role in the cure of cancer, aging, inflammation, and neurodegenerative diseases” (3).

Are you familiar with the sweetener called xylitol? This low-calorie sweetener is extracted from raspberries, which is a pretty amazing fact to discover! The benefit of eating foods with xylitol versus straight sugar is a lower absorption rate of the sugar to the blood stream and intestines. Xylitol will absorb slower, which will cause less of an insulin spike in the body upon consumption. Not only do raspberries hold a cleaner sugar, but they are also chock full of antioxidants and vitamins that are essential to a healthier life. One serving of raspberries has half your daily amount of vitamin C and nearly a third of your requirement of manganese. Some other vitamins in raspberries are: vitamins E, K, and A, plus other health-promoting flavonoids such as B-carotene and lutein. (3) They also contain good levels of copper, iron, magnesium, and fiber, plus some folic acid, riboflavin, and niacin, which are all essential to better health and wellness.

While many people know that simply consuming the berry brings a host of benefits, back when they were first found the leaves served a greater purpose than the berries themselves. The leaves were and still are used in many different teas; they relieve menstrual cramping and soothe the digestive system (4). Raspberry ketone (also known as the phytonutrient rheosmin) may help reduce the risk of fatty liver disease and obesity, as well as decrease the activity of a fat-digesting enzyme, which may reduce fat absorption (6).

Many weight loss companies market raspberry ketone as a popular ingredient in their supplements due to its ability to increase metabolism in fat cells. This might help prevent some new fat storage, which could allow us to use up older fat stores. The research on this is rather new, but nonetheless it is marketed as effective. Alongside of weight loss, due to their high antioxidant count and anti-inflammatory properties they have anti-cancer benefits.

Raspberries are best when they are fresh, and they hold the most antioxidants when they are at their ripest stage. It is best to store raspberries in your refrigerator after you purchase them, and it is always best to buy them organic. They do fall into the “dirty” produce category, which means that they are highly contaminated with pesticides if not grown organically. The health benefits of raspberries can equally get neutralized when not purchased organically. There is an additional benefit to purchasing organic over conventionally produced raspberries: organic raspberries have significantly higher levels of antioxidants and “outperformed their non-organic counterparts in terms of their antioxidant activity” (6).

These versatile berries can be used for a host of things, whether it be in desserts like raspberry cheesecake or a simple raspberry jam made from scratch. You can also use raspberries in oatmeal during breakfast, or add them to your yogurt for some variety. Is it hot in your area of the country? Why not freeze them and add them to ice cream for an even sweeter treat, or make a healthy sorbet out of them? The possibilities are quite endless with a sweet and versatile fruit like the raspberry. The brothers and sisters of the raspberry (huckleberries, boysenberries, loganberries, and blackberries) are also great to use with any of these delicious ideas.

While there are over 200 different varieties of raspberries, they all require full sun when growing, and they are almost always sweet when they are ready to pick. There are different seasons of raspberries that are important to take into consideration, so take a look below at the most prized varieties for the seasons. (The types and descriptions below are copied from the Telegraph.)