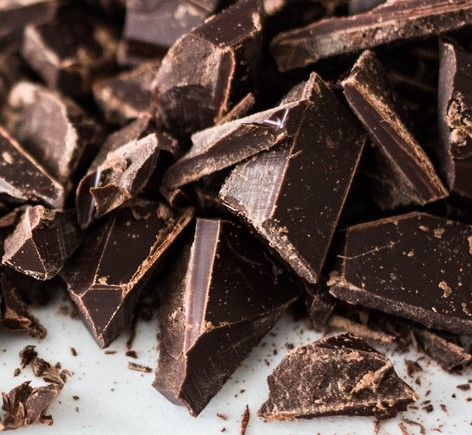 Well, it is the month of March so chances are there is an abundance of chocolate still laying around, or popping up in anticipation of Easter. Over the next few months rather than completely restricting chocolate from your diet, just be smart about it!

As we have read in previous articles, dark chocolate in particular is the way to go when it comes to your sweet tooth and indulgences. You do not even need the excuse of cheat day to indulge in this sweet treat, if you are taking note of what it is composed of. We have heard from time to time that dark chocolate can be good for your health.

Aside from being healthful and great for inflammation and heart health, there have been studies done to prove that it also might assist your cognitive abilities. Let’s get to the bottom of all of this hearsay.

Dark chocolate has the highest content of cocoa flavanols, which is why it is, preferred over milk chocolate or any of the other chocolates on the market. In a study conducted by Mars Inc. (which is one of the largest chocolate manufacturers in the world with brands such as Dove, M&M, Pure Dark, etc.), they discovered the cocoa flavanols left over in chocolate after processing, are extremely helpful to cognitive abilities along with the common cardiovascular claims. The less processed the chocolate is, the higher the flavanol content, and the better for you. In their studies, they took a look at the elderly population in particular with participants between the ages of 65 and 85 for a course of 8 weeks. Over the course of the 8 weeks, the participants consumed a highly concentrated cocoa flavanol drink daily and the improvements in their vascular system were incredible. There was a definite increase in cognitive function, improved insulin resistance, and reduced blood pressure. They found that the daily consumption of dark chocolate that is cold-pressed and less processed is even more healthful than they had thought.

Wow! These are some pretty impressive findings, if this does not make you feel a little better about indulging in some delicious dark chocolate, I do not know what will. Who does not want to improve your smarts, better your heart, and satisfy your sweet tooth all at the same time?

Below is a composed checklist to make sure the next time you are struggling with avoiding the chocolate, you can instead throw it in your shopping cart guilt free.